White Storks are a common and typical bird of open cultivated country over large parts of its range, but populations have reduced drastically, even disappeared completely in several regions of west and northern Europe since the end of the 1800s. The birds have been studied intensively over the years as their habits and survival are closely connected to how we treat or manage our environment. They are one of the key species used to promote public awareness in the fight for nature conservation.

Between the years 1970 and 1990, there was a sharp decline in the White Stork population and the census count was at its lowest in 1984. There has since been an increase in breeding pairs, particularly in the western part of their nesting regions but their numbers have not reached what it was before the decline. Their status is therefore listed as ‘depleted’.

White Storks are one of the most familiar and popular of Iberian birds, whose population in this part of Southern Andalucía at least, seems to be increasing. The majority of Europe’s breeding population of the species migrate to West Africa for the winter months, but an increasing number choose to remain in Southern Spain, so it is possible to see them here in all months of the year.It is thought the reason for this change of migratory behaviour can be attributed to the area’s favourable winter climates. Changes in the birds’ feeding habits may have brought about the rise in their breeding numbers; large rubbish tips provide alternative feeding as do changed agricultural practices and the resultant areas of irrigated and flooded fields. 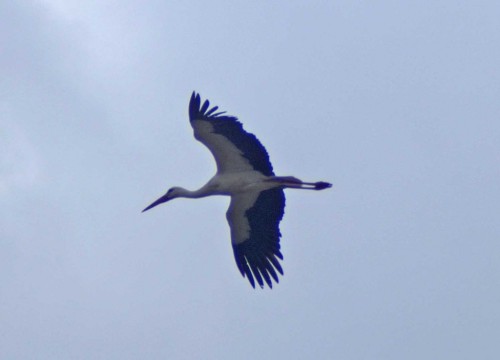 In a natural environment the bird feeds on various smaller animals such as frogs, snakes, fish, rodents, worms, young birds etc. They often walks imposingly through low marsh vegetation, along ditch banks and on meadowlands

The nest is a large bulky construction built with sticks, naturally in trees, but frequently on telegraph poles, on house and church roofs as well as on specially provided raised-level platforms. Once constructed the nest remains in place (unless blown down during winter storms) and pairs return to the same nest each year, refurbishing it if necessary. 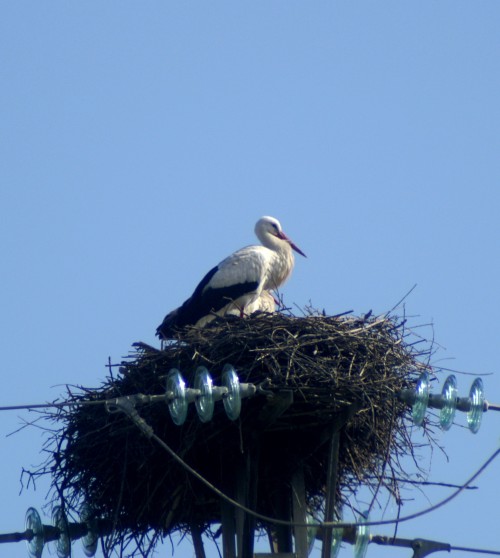 They begin the breeding cycle early in the year and are often sitting on eggs in February. 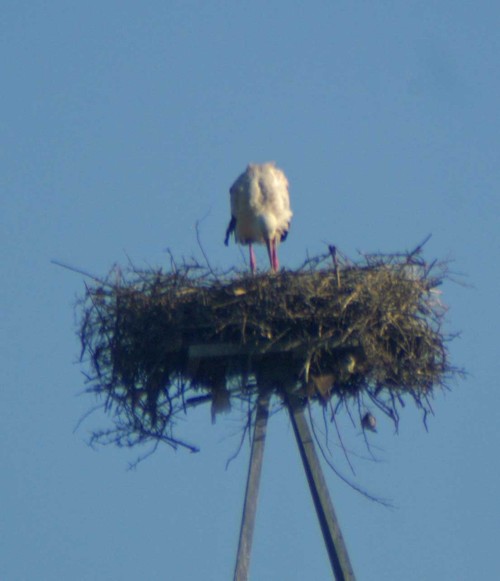 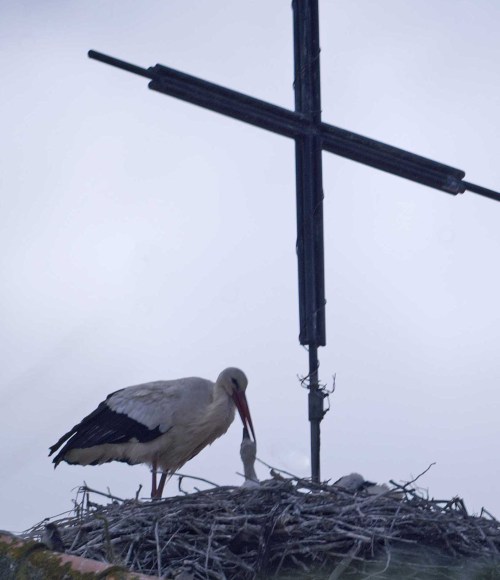 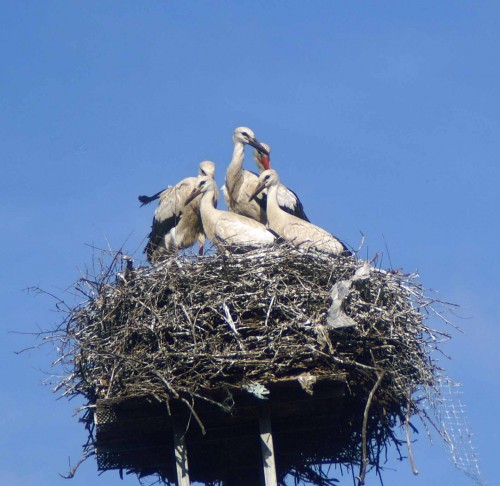 5/6/11- The young Storks are well grown now but still in the nest; it's a bit of a squash to fit both parents in too

White storks travel south to the warmer climates of Northern Africa for the winter and return to various parts of Europe to breed in summer. According to the last census, Poland is by the far the most popular host for White Storks with over 50,000 breeding pairs. Spain follows second as an attractive host with Portugal and France showing an increase in numbers. 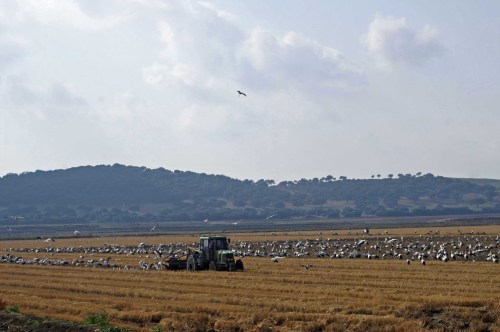 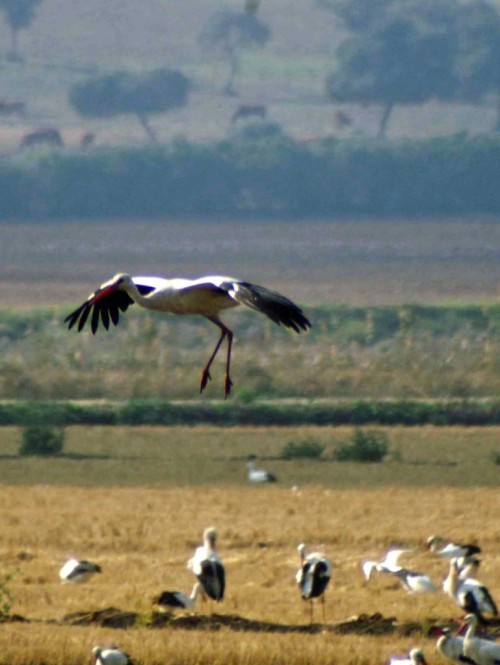