I’m not in Spain currently, but my thoughts return there often, particularly on cold grey days. To me, Southern Spain is at its absolute best in the spring and I’ve been looking back through my photo archives to remind myself of where I may be wandering if I was there now.

One of my all-time favourite places, especially at this time of year is Tarifa, which has to be one of the most spectacular places in Europe. Miles of white-golden sandy beaches are a great attraction in themselves, but  Tarifa is also known as the “wind-surf” capital of Europe due to the very high winds caused by the vortex effect created by the two land masses on either side of the Strait of Gibraltar. At weekends and during the summer months it is a hugely popular area and best avoided if you are visiting to seek out the wildlife. However, out of season, and particularly on week days it is much quieter and there is plenty of space to enjoy this beautiful and often wild and windswept place in peace.

The town of Tarifa is situated on the Atlantic shore, the Costa de la Luz, at the western end of the Strait of Gibraltar in the province of Cadiz. Being the most southerly point of Europe and a mere 16 kilometres  from the African continent makes this an area of great importance during the migration periods when an estimated half a billion birds, including thousands of storks, vultures, eagles, kites and other raptors, along with seabirds cross and pass through the strait.

The following photographs were taken in early March a few years ago, when two of my friends and I drove down to  spend  the day there. Spoilt for choice as to which part of the area to make for , on this occasion we settled on  Punta Paloma, located just a few kilometres to the west of Tarifa town. 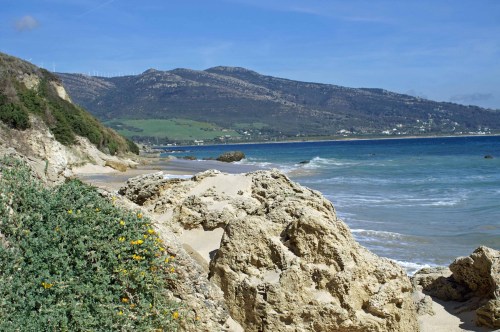 A view towards Tarifa town from Punta Paloma 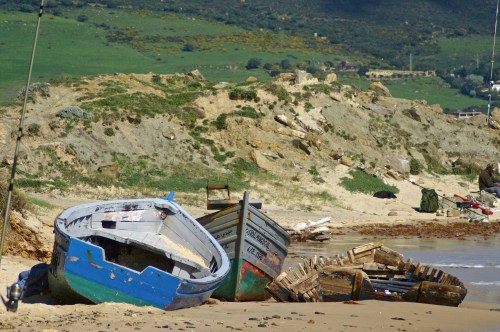 Abandoned or wrecked small boats are often found on the beaches of this part of the coast, many used by would-be migrants from North Africa 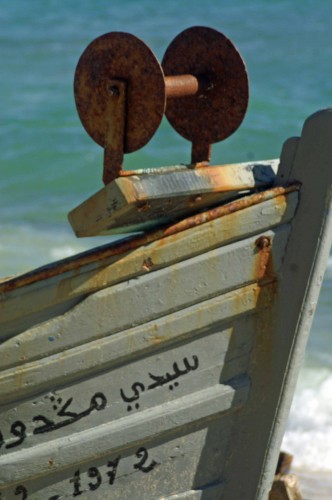 The prow of one of the abandoned boats 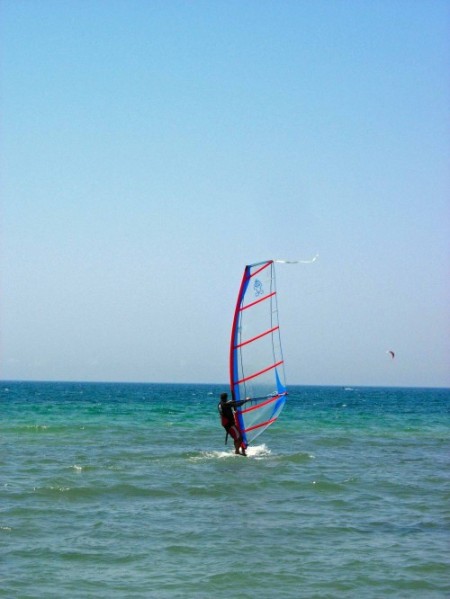 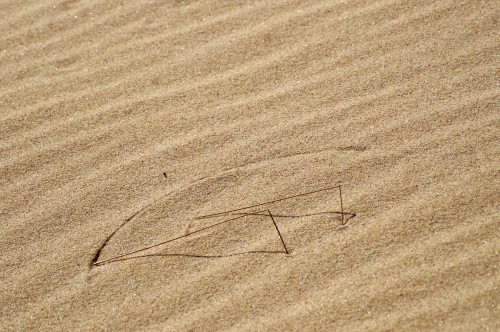 Lines in the sand 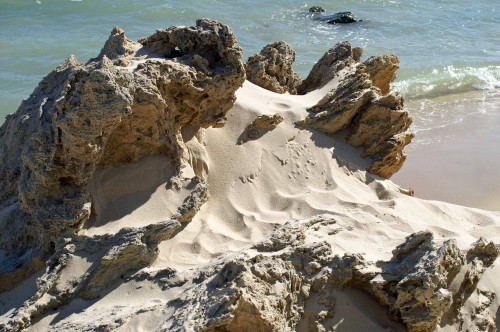 Giant sand dunes, some of the largest and most important in Europe, form the western end of the beach.  The dune ecosystem is unusual, fragile and is protected by the “habitats” directive of the network Natura 2000, but its conservation is very vulnerable. This is  due in no small part to the area’s popularity with large numbers of visitors and holidaymakers.

Lengths of wooden palings are used to help stabilise the dunes 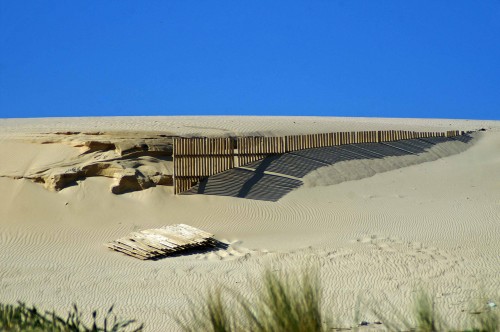 The dune habitat supports a surprising number of plant species which have evolved a number of survival strategies to counter the effects of this hostile environment, many of which produce their flowers in the early spring. 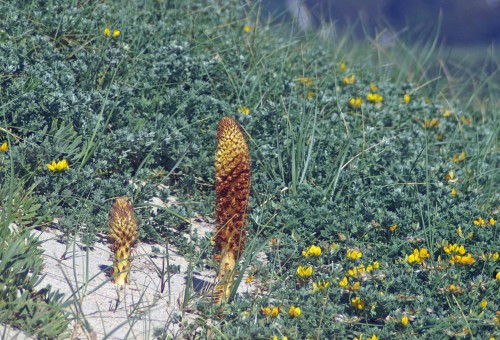 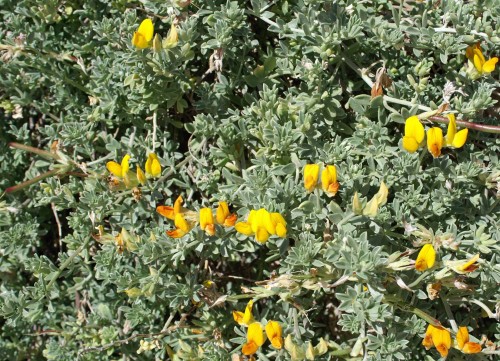 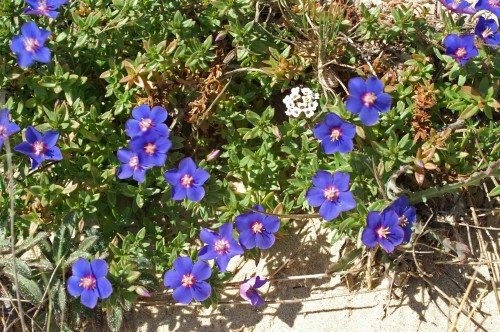 One of the most beautiful plants growing on the sand dunes is Shrubby Pimpernel – Anagallis monelli. The white flower growing amongst this specimen is Sweet Alison – Lobularia maritima 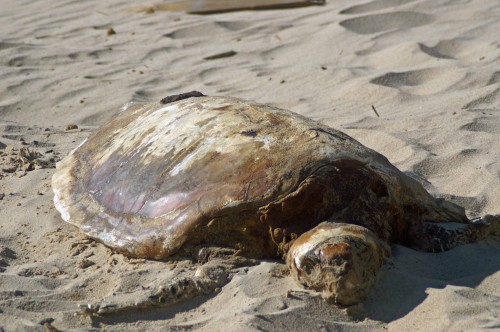 The sad remains of a dead turtle 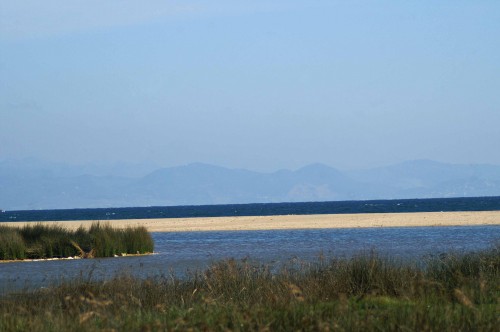 In the spring the area around the river’s edges are covered with coarse green grass with wildflowers growing through it. 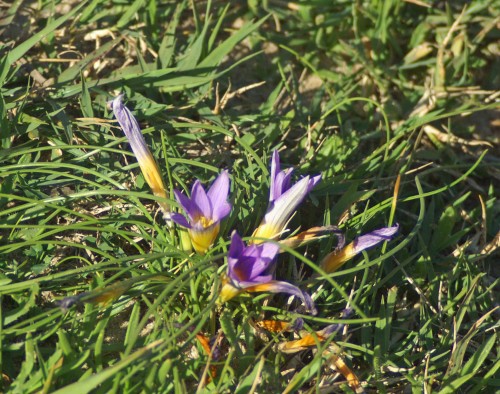 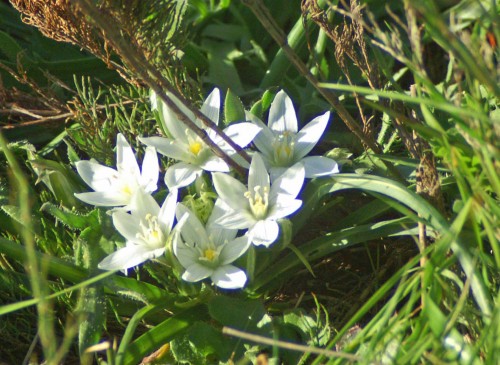 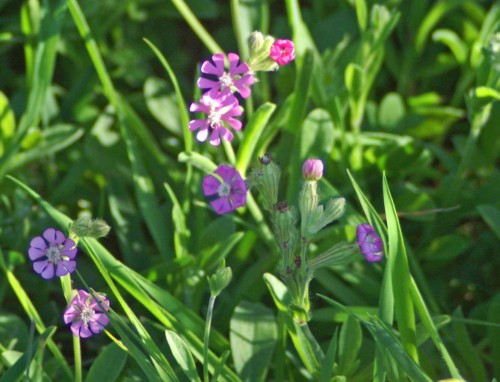 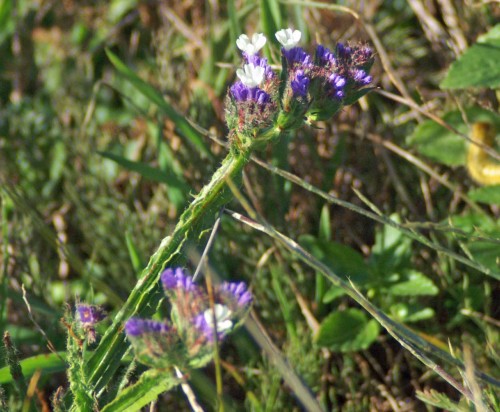